Society has always been accompanied by some form of artistic expression. Since man is man, he has tried to express his perceptions, his feelings and his environment, communicating it in different ways.

The world of the 21st century is saturated with “artifacts”, objects that aspire to the status of art. Until the middle of the 20th century, those works were considered art with the ability to communicate something without the need to explain it. From this point, the need to create something new marked a tendency to produce works that were not able to express something by themselves without the need for rhetoric.

Paradoxically, different currents, those outside the academy, sought to fight against this tendency by creating more objects, which could not be cataloged either as a technique or as an art, but as a revolution of the existing. 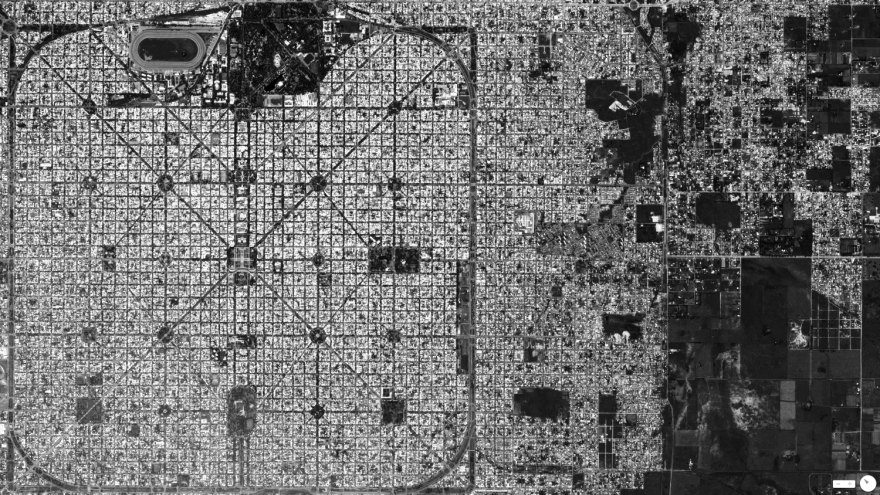 While walking through La Plata city, which was completely planned from the beginning, with a perfectly reticulated structure, of blocks designed and executed almost without variations, I asked myself: Why are all the same resolved? Why do you tend to think that extreme regularity, that 120 x 120, makes them correct?

There is nothing in nature that is organized in such a definite way, but we trying to have control have created a rectilinear city made for the automobile, not for people.
Is it the best solution to accept the pre-established rules as definitely the right thing to solve buildings, transport and communication? And for those of us who are going to live in the city?

If we analyze other cities outside of Western logic, we see examples like Tokyo, which generate the city from a system of cells independent of each other, capable of rethinking themselves. An example of hyperdensity, capable of adjusting to the requirements of contemporary cities, in a more organic way.

Another issue within the pre-established focus on how blocks are organized. Imagine the city from the air. The buildings are thrown over the streets as if they were high walls in a prison, while leaving behind them green courtyard centers, huge marginalized spaces, without use or humanity. Will these buildings be those “trees that do not let you see the forest”?

Just as there are other ways of organizing the city, think about our blocks openly, break the walls that limit us, redefine the public space, move the green courtyard centers to the outside and define a city that is designed primarily for people and not for vehicles.

So now, how are we going to break the pre-established and transform the city?